Characteristics of people testing positive for COVID-19 from the Coronavirus (COVID-19) Infection Survey.

In this bulletin, we present the latest analysis of the characteristics associated with testing positive for SARS-CoV-2, the coronavirus causing the COVID-19 disease in the UK. We also present analysis on re-infections, risk factors associated with re-infection, symptoms reported by strong positive cases, and on socially distanced and physical contacts with others. This is part of our series of analysis on the characteristics of people testing positive for COVID-19.

In this bulletin, we refer to the number of COVID-19 infections within the population living in private residential households. We exclude those in hospitals, care homes and/or other communal establishments.

We include COVID-19 infections, which we define as testing positive for SARS-CoV-2, with or without having symptoms, on a swab taken from the nose and throat.

More information on our headline estimates of the overall number of positive cases in England, Wales, Northern Ireland and Scotland are available in our latest weekly bulletin. Our methodology article provides more information on the methods used for our models.

This analysis was first presented in our Analysis of populations in the UK by risk of testing positive for coronavirus (COVID-19) September 2021 publication, which provides a more detailed explanation of the methods used. We present findings for the most recent fortnight in this section, but a longer data time series covering 7 November 2021 to 23 April 2022 is available in the accompanying dataset.

Estimates of the likelihood of some specific characteristics affecting an individual testing positive can fluctuate from one fortnight to another, meaning that findings that are statistically significant in one period may not necessarily be statistically significant in another period. This may be because the effect of a characteristic is genuinely changing, or because we do not have sufficient individuals with that characteristic in a particular fortnight to exclude any differences we find being down to chance.

Our latest data for the fortnight ending 23 April 2022 show similar conclusions to our last publication, specifically that:

In the same fortnight:

Figure 1: People previously infected with COVID-19 and those vaccinated more recently were generally less likely to test positive in the fortnight ending 23 April 2022

Estimated likelihood of testing positive for coronavirus on nose and throat swabs by vaccination status and previous infection, UK, 10 to 23 April 2022

Figure 2: People who reported travelling abroad in the last 28 days continued to be more likely to test positive for COVID-19 in the fortnight ending 23 April 2022

Estimated likelihood of testing positive for coronavirus on nose and throat swabs by selected characteristics, UK, 10 to 23 April 2022

Our findings suggest that in the fortnight ending 23 April 2022:

The technical article on re-infections provides a more detailed explanation of the methods used, some of which have since been updated. Tables 5a to 5d in the accompanying dataset for this bulletin contain our re-infections data.

A re-infection was identified in this analysis if any one of the following three conditions were met:

Time since previous infection and number of negative tests, either:

Where there is evidence, based on either genetic sequencing data or gene positivity from the polymerase chain reaction (PCR) swab test that the variant differs between positive tests.

Download this table Table 1: Estimated rate of COVID-19 re-infections per 100,000 participant days at risk, over the periods before and after the Omicron variants became most common, UK, 2 July 2020 to 25 April 2022

Our re-infections technical article outlines the model used to investigate how the rate of re-infection varies over time and between individuals. This model explores multiple factors including:

The risk of re-infection by characteristic is measured in terms of hazard ratios and presented in Figure 4. In addition to the variables presented in Figure 4, we also looked at the risk of re-infection during the periods when different variants became most common and the effect of age and of Ct values. A Ct value is a proxy for the quantity of virus (also known as viral load), where a lower Ct value indicates higher viral load.

Figure 3: People who were unvaccinated were more likely to be re-infected with COVID-19 compared with people who had been vaccinated

Re-infection hazard ratios for characteristics included in the model, UK, 2 July 2020 to 25 April 2022

This section presents analysis based on people who tested positive for coronavirus (COVID-19) with a strong positive test (Cycle threshold (Ct) value less than 30). It considers what percentage of these people reported individual and groups of symptoms [note 1] within 35 days of the first positive test in each infection episode. We present this analysis for the whole of the UK split by month, which covers 1 December 2020 to 24 April 2022, and for the period from 1 February to 24 April 2022 split by UK country. All of our symptoms analysis can be found in Tables 8a to 8f in the accompanying dataset.

In April 2022, 67% (95% confidence interval: 66% to 68%) of people testing positive for COVID-19 in the UK with a strong positive test reported any specific symptoms [note 1] or any other self-reported symptoms compatible with COVID-19. This was a small decrease from March 2022.

The percentages of people testing positive who reported each group of symptoms are similar for each country between 1 February and 24 April 2022.

Because of smaller sample sizes in Wales, Northern Ireland and Scotland in comparison with England, the confidence intervals are wider indicating higher uncertainty.

Figure 4: The percentage of people testing positive for COVID-19 who reported loss of taste or smell remained at low levels in April 2022

Unweighted percentage of people testing positive for coronavirus with symptoms, including only those who have strong positive tests (cycle threshold (Ct) value less than 30) by month, UK, 1 December 2020 to 24 April 2022

We report on recent trends in this section, but the full data time series for this analysis, which covers the period between 19 July 2020 and 23 April 2022 for England, and 27 September 2020 to 23 April 2022 for Wales, Northern Ireland and Scotland, is available in the accompanying dataset. The analysis for Wales, Northern Ireland and Scotland starts at a later date because data collection started later in these countries. Our estimates have been weighted to be representative of the total population in each of the four UK countries.

Across all four UK countries, the number of contacts adults reported with other adults has increased since January 2022

The number of socially distanced and physical contacts adults reported with other adults has increased since January 2022 in all four UK countries. Trends in the contacts of children vary over time and are likely to be primarily driven by the timing of school holidays.

​Our findings are generally similar to findings on socially distanced and physical contact reported in the Opinions and Lifestyle Survey (OPN), which examines the impact of the coronavirus pandemic on people, households and communities in Great Britain. 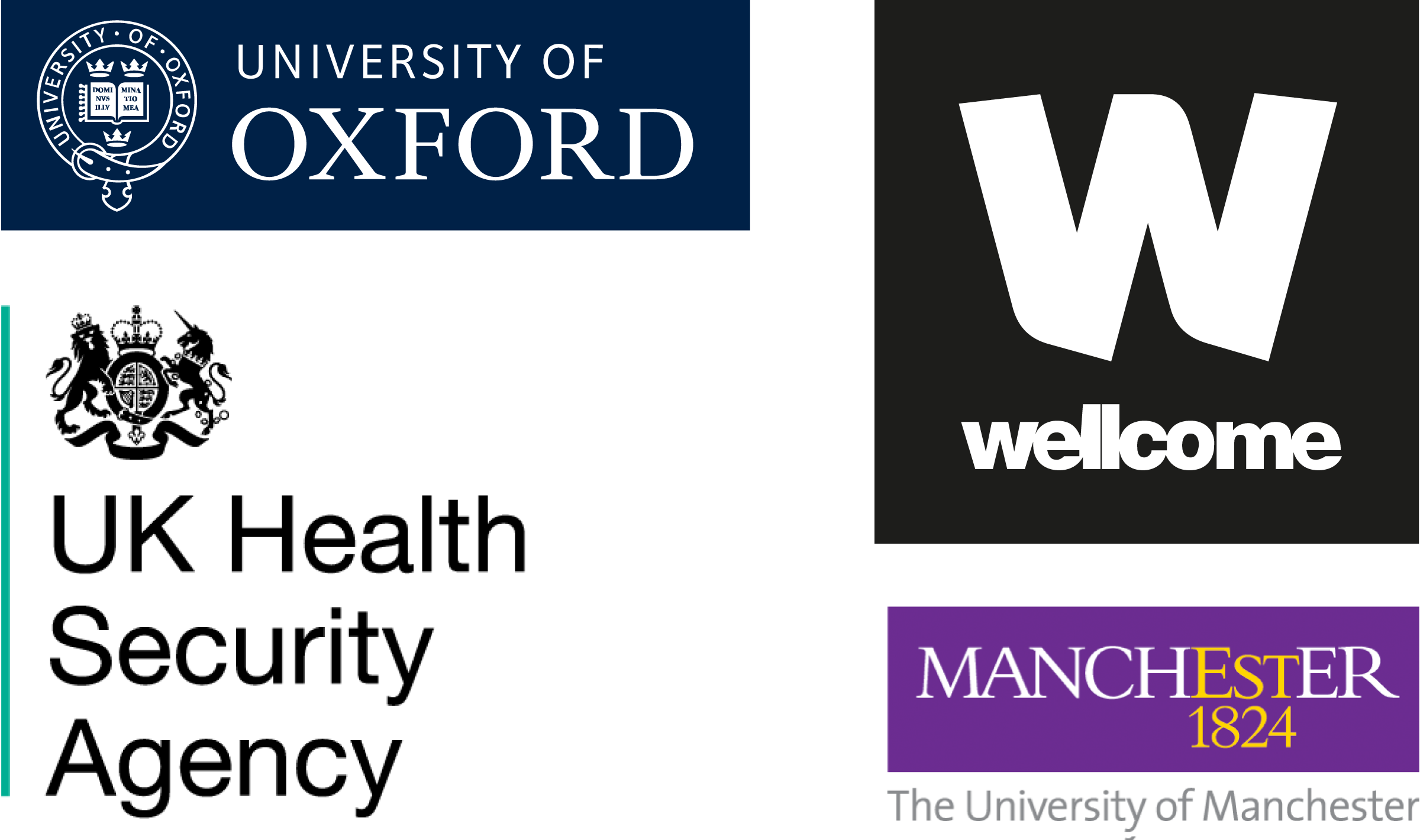 The Coronavirus (COVID-19) Infection Survey analysis was produced by the Office for National Statistics (ONS) in partnership with the University of Oxford, the University of Manchester, UK Health Security Agency and Wellcome Trust. Of particular note are:

The strength of a positive coronavirus (COVID-19) test is determined by how quickly the virus is detected, measured by a cycle threshold (Ct) value. The lower the Ct value, the higher the viral load and stronger the positive test. Positive results with a high Ct value can be seen in the early stages of infection when virus levels are rising, or late in the infection, when the risk of transmission is low.

Deprivation is based on an index of multiple deprivation (IMD) (PDF, 2.18MB) score or equivalent scoring method for the devolved administrations, from 1, which represents most deprived up to 100, which represents least deprived. The hazard or odds ratio shows how a 10-unit increase in deprivation score, which is equivalent to 10 percentiles or 1 decile, affects the likelihood of testing positive for COVID-19.

A measure of how often a particular event happens in one group compared with how often it happens in another group, over time. When a characteristic (for example, being male) has a hazard ratio of one, this means that there is neither an increase nor a decrease in the risk of re-infection compared with a reference category (for example, being female).

For more information, see our methodology page on statistical uncertainty.

More information on measuring the data is available in the Coronavirus (COVID-19) Infection Survey statistical bulletin.

Our methodology article provides further information around the survey design, how we process data and how data are analysed.

The analysis is based on statistical models at the UK level and include all participants aged two years and over. Demographic variables included in all models are age, region, sex, ethnicity, deprivation, household size, multigenerational household, and urban or rural classification. Additional variables are included only if found to be significant in the two weeks presented in the bulletin. More information on the methods used in this analysis can be found in our Coronavirus (COVID-19) Infection Survey technical article: analysis of populations in the UK by risk of testing positive for COVID-19, September 2021.

All estimates of COVID-19 re-infections in Sections 3 and 4 are unweighted. The sample for this analysis includes only those who have tested positive for COVID-19 on a swab test, and so there was no known population of which weighted estimates could be representative.

Since the bulletin published 30 March 2022, we have updated our definition of a re-infection to reflect the shorter time between re-infections that have occurred during the period when most infections were with the Omicron variants, compared with earlier variants.

The analysis in Section 5 looks at each person who tested positive for COVID-19 and had a strong positive test in the UK. The strength of the test is determined by how quickly the virus is detected, measured by a cycle threshold (Ct) value. The lower the Ct value, the higher the viral load and stronger the positive test.

Participants who only have positive tests with high Ct values (see Glossary) within a positive episode are excluded from this analysis to exclude the possibility that symptoms are not identified because we pick up individuals either very early or later on in their infection.

Notes for: Measuring the data

More information on strengths and limitations is available in the Coronavirus (COVID-19) Infection Survey statistical bulletin.