Cancer diagnoses and age-standardised incidence rates for all types of cancer by age and sex.

The cancer registration data in this publication were collected by the National Cancer Registration and Analysis Service (NCRAS) within Public Health England (PHE). This publication is produced by the Office for National Statistics (ONS) in partnership with PHE. 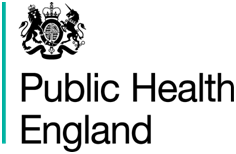 This is the first release of 2016 cancer registration data, making available Table 1 and Table 2 of the statistical bulletin titled: Cancer registration statistics, England (Series MB1), which will be published in full in the summer of 2018 – the release date will be confirmed in the GOV.UK release calendar.

This release contains provisional data of cancer registration counts (Table 1) and incidence rates (Table 2) for males and females in England, broken down by five-year age groups and by cancer type (site).

Figure 1: The number of cancer registrations by the 24 major sites, England, 2016

Download this chart Figure 1: The number of cancer registrations by the 24 major sites, England, 2016

Cancer incidence data directly help to form policy on the prevention of cancer. They are also important in calculating cancer survival (in conjunction with mortality data), which is used to support policy on prevention and treatment, and to monitor a number of performance indicators for the healthcare system. The indicators set for the NHS Outcomes Framework include 1-year and 5-year cancer survival for all cancers combined and separately for colorectal, breast and lung cancer.

Linked to the need for information on the stage of cancer diagnosis, the National Cancer Registration and Analysis Service (NCRAS) in Public Health England is publishing the Cancer Outcomes: Stage at Diagnosis December 2017 release, which coincides with this bulletin. That release contains the proportion of emergency presentations of cancer, and the proportion of cancers diagnosed at early stage for 10 cancer sites combined, in each quarter for 2016. Early stage is defined as stage one or stage two cancer, as opposed to stage three, stage four, or unknown stage at diagnosis. The data are presented for each Clinical Commissioning Group (CCG) and for England as a whole.

Cancer sites (types) were defined according to the International Classification of Diseases 10th Revision (ICD-10). When referring to an all cancer figure, we refer to all invasive malignant neoplasms (ICD-10 C00 to C97), excluding non-melanoma skin cancer (ICD-10 C44). Although non-melanoma skin cancer (NMSC) is very common, the available figures are known to be under-estimates and unreliable for comparison purposes. This is because the policies and practices for the recording of NMSC have varied among the cancer registries.

The age-standardised rates in this release are expressed per 100,000 population and are standardised to the European Standard Population 2013 (ESP 2013). They are standardised to allow for more robust comparisons between males and females, years and geographical areas. Cancer incidence rates are based on the latest mid-year population estimates for the reference year at the time of publication.

Cancer registrations in England are collected by the National Cancer Registration and Analysis Service (NCRAS) in Public Health England. Data are submitted to the NCRAS from a range of healthcare providers and other services (for example, pathology laboratories). NCRAS carefully collate and validate all the data for each patient, before providing a subset of the data to Office for National Statistics.

Although every measure has been taken to ensure the data quality of this first release, it may be subject to change when more extensive analysis is undertaken in the production of the full bulletin. Any change from the provisional data is likely to be small.

In common with cancer registries in other countries, cancer registrations in England can take up to five years after the end of a given calendar year to reach 100% completeness, due to the continuing accrual of late registrations. The figure of 98.2% is an estimate of completeness based on the figures published for three previous years’ data (2013 to 2015), compared with the number of late registrations subsequently received for these years. It is therefore the difference between which figures have been published in all of our cancer incidence publications within a given reporting year, versus late registrations received after the publication date cut-off and updated in a subsequent year. It is not an estimate of how many cancers never get recorded.

We welcome feedback from users on this release, including on the content, format and structure. Please send feedback to cancer.newport@ons.gov.uk.

For queries relating to this bulletin, please contact us via email at cancer.newport@ons.gov.uk.

This work uses data provided by patients and collected by the NHS as part of their care and support. All personal data are handled confidentially by Office for National Statistics and Public Health England, in accordance with relevant legislation and codes of conduct.