Cigarette smoking among adults including the proportion of people who smoke, their demographic breakdowns, changes over time, and e-cigarettes.

This publication is produced in partnership with Public Health England. 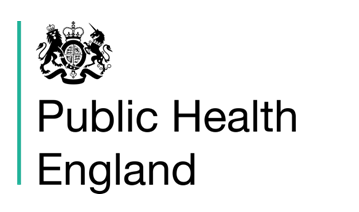 This release describes data on smoking habits from two surveys. Data for the UK is taken from the Annual Population Survey (APS), a continuous household survey that covers adults aged 18 years and above. Data for Great Britain is taken from the Opinions and Lifestyle Survey (OPN). The OPN is a face-to-face interview of adults aged 16 years and above.

This bulletin describes headline smoking prevalence figures from the APS. Due to its large sample of around 320,000 households each year (the OPN covers around 2,000 households per month), this survey allows for greater precision when it comes to estimating the proportion of the population who currently smoke. The APS sample size also allows comparisons to be made at the level of local authority area. The OPN contains a wider range of smoking-related questions, such as average daily cigarette consumption, but is constrained by the smaller sample in the geographic breakdown it is able to provide. Combined, these two data sources provide a powerful tool to understand smoking habits.

The commentary in this bulletin is based on conclusions drawn from “weighted” population counts. When conducting social surveys it is not possible to interview everyone in the population, as this would be too expensive. The “weighting” is used to weight the sample back to the population from which the sample was drawn, with the aim of making estimates reflect the population as a whole.

From 2016, there has been a change in the questions in the APS, which has had an impact on the calculation of ex-smokers. Previously respondents were asked the following two questions:

The prevalence of ex-smokers was then calculated as those respondents answering “yes” to the first questions and “no” to the second. However, it was felt that this was generally overestimating the prevalence of ex-smokers as respondents who had perhaps only smoked just one cigarette previously in their life, may answer “yes” to the first question and would therefore be classed as an ex-smoker when they have not ever been a regular smoker. In response to this, the questions have been changed as follows:

There are limitations in using survey data to study smoking prevalence. The data described in this bulletin are based on self-reported behaviours. As such, it is likely that the findings underestimate cigarette consumption and, to a lesser extent, cigarette smoking prevalence. Evidence suggests that when respondents are asked how many cigarettes they smoke per day, there is a tendency for respondents to round the figure down to the nearest multiple of 10. Please note, underestimates of consumption are likely to occur in all age groups.

Smoking is a leading cause of preventable death in the UK. In 2015, around 79,000 deaths were attributable to smoking in England. Estimates from the governments of the devolved countries suggest that smoking is responsible for around 5,500 deaths in Wales, 13,500 deaths per year in Scotland and 2,300 deaths per year in Northern Ireland. Exposure to second-hand smoke (passive smoking) can lead to a range of diseases, many of which are fatal, with children especially vulnerable to the effects of passive smoking.

In 2016, the proportion of current smokers in the UK was 15.8%, which equates to around 7.6 million in the population, a statistically significant decline of more than 4 percentage points since 2010 (see Figure 1).

Figure 1: Proportion of current smokers, all persons aged 18 and over

Download this chart Figure 1: Proportion of current smokers, all persons aged 18 and over

In 2016, men were still more likely to smoke than women across the UK and its constituent countries. Specifically, 17.7% of men were current smokers compared with 14.1% of women.

In 2016, it was found that those aged 18 to 24 experienced the largest decline in smoking prevalence of around 6 percentage points since 2010, however, still remained the second most likely age group to smoke at 19.3% (see Figure 2).

The prevalence of smoking continued to be more common among those aged 25 to 34 years. In this age group, 20.8% of respondents smoked. Despite this trend, those aged 25 to 34 years experienced the largest significant decline since 2015. On the other hand, smoking remained the least common in people aged 65 and over where 8.3% were current smokers.

Figure 2: Proportion of current smokers, all persons by age group

Download this chart Figure 2: Proportion of current smokers, all persons by age group

Smoking prevalence estimates by local authority area tend to fluctuate each year due to their small sample sizes producing a larger degree of statistical uncertainty. To improve robustness, here we briefly describe local authorities where the proportion of smokers has been consistently high or low on a year-to-year basis. Please note, local authorities in Northern Ireland are not included here as this level of detail is not available on the Annual Population Survey (APS) for Northern Ireland.

In 2016, Blackpool remained in the top 10 of local authorities ranked by smoking prevalence, where it has been since 2012. In 2016, there were 22.5% of adults aged 18 and over in Blackpool who currently smoked, a figure that was around 7 percentage points higher than that observed among all adult respondents in the UK. However, the smoking prevalence for Blackpool has been declining in recent years, which may be due to its strategy to reduce smoking. Similarly, Dundee City featured in the top 10 for the fourth consecutive year and had the highest overall smoking prevalence in 2014 and 2015.

Since 1974, the number of cigarettes smoked each day on average amongst current smokers has been declining (see Figure 3). Although the average daily cigarette consumption for men in Great Britain increased slightly in 2016 to 12.0, this increase was not statistically significant. For women, the average consumption in 2016 was similar to that observed in 2015 at 11.0.

Figure 3: Average daily consumption of cigarettes among current smokers for men and women aged 16 and over

Download this chart Figure 3: Average daily consumption of cigarettes among current smokers for men and women aged 16 and over

Figure 4: Proportion of current smokers and smokers who have quit, all persons aged 16 and over

Download this chart Figure 4: Proportion of current smokers and smokers who have quit, all persons aged 16 and over

Figure 5: Proportion of current smokers and smokers who have quit, all persons by age group

Download this chart Figure 5: Proportion of current smokers and smokers who have quit, all persons by age group

Other characteristics of smokers

The data discussed in this publication can be found in the datasets section of the bulletin.

In the datasets, there is also data for Great Britain and England that has not been included within the commentary including:

While it may be too early to identify trends without a longer time series, it is interesting to observe the difference in proportion of current e-cigarette users particularly by age since 2014 (see Figure 6). The findings show that the largest increase in current use was among those aged 16 to 24 years followed by those aged 50 to 59 years. Despite this, the sample on e-cigarette use tends to be small (in 2016, the sample size for those aged 16 to 24 was 538), meaning that random fluctuation is more likely to occur. As such, we will need monitor these trends in the coming years before drawing solid conclusions.

Of all current e-cigarette users aged 16 and over, just over three-quarters (75.3%) used their e-cigarette every day and a further 15.9% used one at least once a week.

Other characteristics of e-cigarette users

The data discussed in this publication can be found in the datasets tables section of the bulletin.

In the datasets, there is also data for Great Britain and England that has not been included within the commentary including:

There are also supplementary data tables that are available that were conducted for this release based on user feedback.

Public Health England, via their Local Tobacco Control Profiles, detail data on a wide range of indicators related to the smoking of cigarettes including different measures of prevalence in adults and young people, smoking-related mortality and the wider impacts of smoking on health. The Health Survey for England also collects data on smoking habits.

For the next release, we are looking to improve the method used to calculate the 95% confidence intervals for our smoking statistics. The confidence intervals in this release are based on a normal approximation method, which does not take into account the design of the surveys used to produce the estimates described in this report. We do not feel that the new method will have substantial implications for the main messages reported here.

This release is the first time that we have co-ordinated the release of our smoking statistics with those published by other areas of government including NHS Digital.

Following this release, we will also be working with Public Health England on a piece of analysis designed to examine the links between deprivation and smoking. This work will be published upon its completion.