How religion has changed in England and Wales

The landscape of religion1 in England and Wales is changing. The decade 2001 to 2011 saw a fall in the number of people identifying as Christian, and an increase in those identifying with minority religious groups and those reporting no religion. 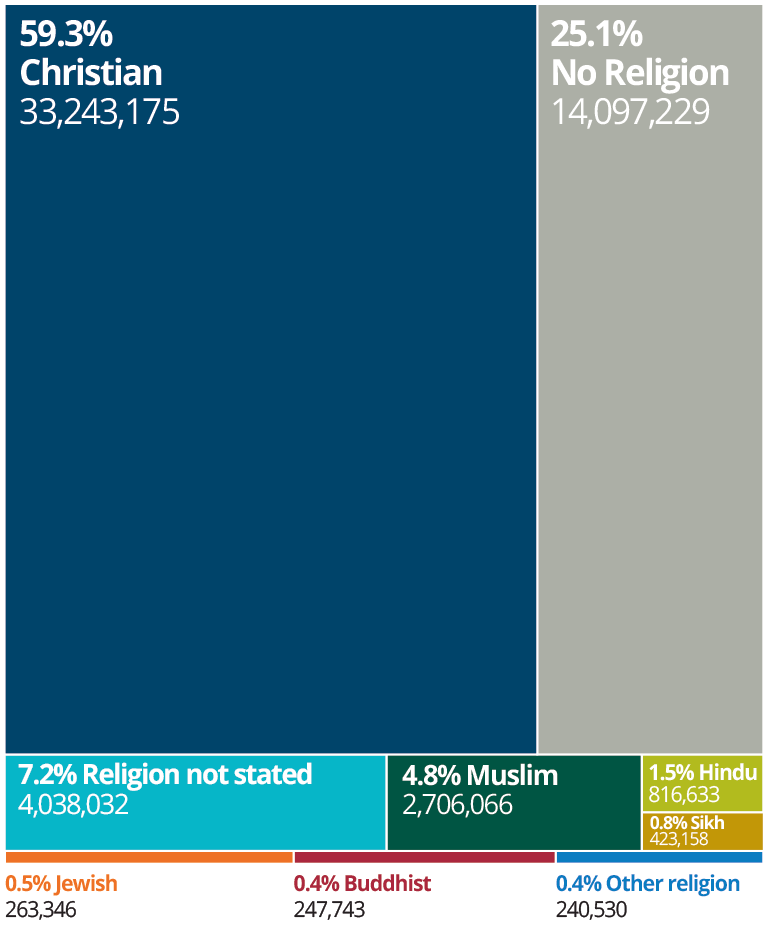 The highest proportions of Christians were in the north of England Fewer than half (48.4%) of the population of London were Christian, compared to more than two-thirds in the North East (67.5%) and North West (67.3%). London was the most diverse region with the highest proportions of people identifying as Muslim, Jewish, Buddhist and Hindu. Around 8 in 10 people (80.9%) in Knowsley were Christian, and Christianity remained the largest religion in all local authorities except Tower Hamlets, where there were a higher proportion of Muslims (34.5%) than Christians (27.1%). Norwich had the highest proportion of people reporting no religion with 42.5%, closely followed by Brighton and Hove with 42.4%.

Other religious identities in the census: nearly 177,000 people identified as Jedi The Census allows people to write in their religious identity if they do not identify with the main categories included on the census form. Analysis of written responses to the ‘other religion’ option revealed that nearly 177,000 people identified as ‘Jedi’ in 2011, although this was less than half the 2001 figure (390,000 people). The other most common written responses included ‘Pagan’ (57,000) and ‘Spiritualist’ (39,000).