The National Health Service was launched seven decades ago with lofty ambitions to look after people "from the cradle to the grave". What's changed in the last 70 years? 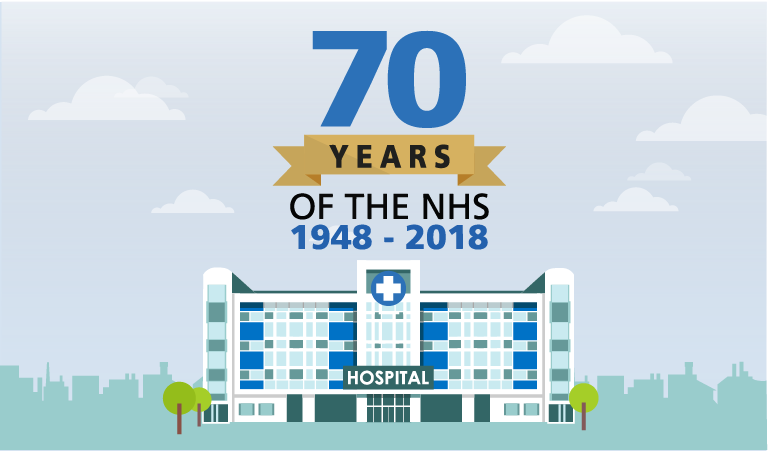 The hospital, now called Trafford General Hospital, was a symbol of the ambitious plan to make healthcare available to everyone, which would be free at the point of use and paid for out of general taxation. Before its creation, patients were generally required to pay for their healthcare and hospitals were largely run by charities or local authorities. At the time of its creation, treatments we now take for granted such as use of antibiotics, and drugs to treat cancer and high blood pressure, were only just starting to become available.

The NHS has both evolved and devolved in the 70 years since its birth, with many improvements in the health of the nation. A lot has changed; we are living longer, infectious diseases have reduced and cancer survival rates have improved.

But do you know by how much?

Test your knowledge by drawing in the missing information on the following charts. The charts give you the latest figure – all you have to do is tap and drag the dot on each graph and draw the rest of the chart back to 1948 (or the earliest year available), then use the "Show me the answer" button to see how you did.

Improvements in medical care and other changes in society, such as fewer people smoking mean that we are now living for longer than ever. A baby boy born in England and Wales in 2016 could expect to live, on average to 79 years old. For baby girls born that year, it was 83 years old. But what about babies born in 1948? Can you accurately draw the trend line back 70 years?

How many babies have been born in England and Wales since 1948?

How many babies died in their first year?

NOTE: This chart is based on deaths registered in each calendar year. There was a peak in births in the early 1960s which will have contributed to the increase in infant deaths at that time.

How much has the population aged 65 and over changed?

One of the most pressing challenges presenting itself to the NHS is that of an ageing population, who often have complex care needs. How much has the population of people aged 65 and over changed since 1948? We’ve started this chart for you. Hold and drag the button the rest of the way to guess the percentage of the population aged 65 and over.

Source: Population estimates for the UK and constituent countries by sex and age; historical time series

View all data used in this article