40 years of smoking in Great Britain

The proportion of male smokers has dropped to its lowest levels in 40 years.

On No Smoking Day, the annual push to help smokers in Great Britain kick the habit, ONS reveals the number of male smokers has reduced from 51% in 1974 to 20% in 2014. 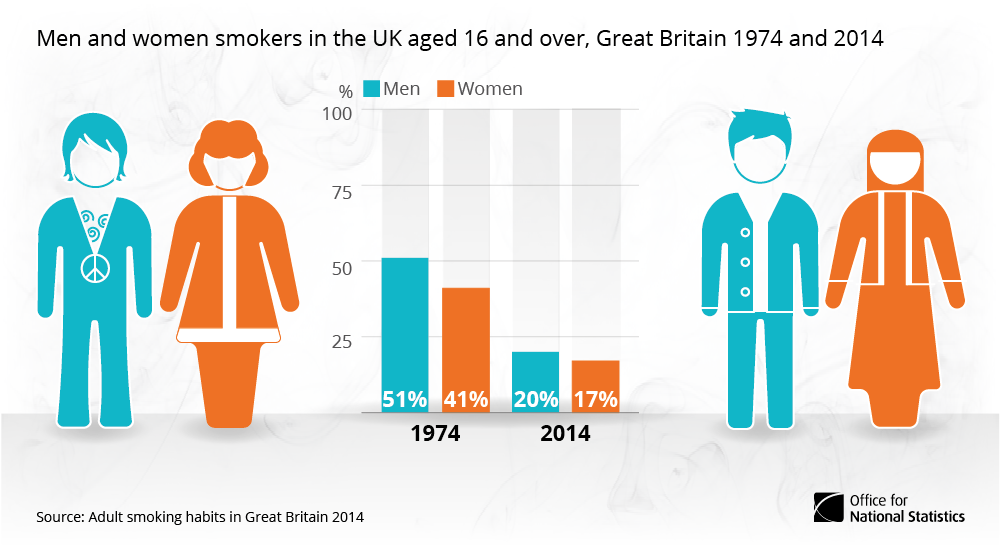 Across all age groups men were more likely to smoke than women. 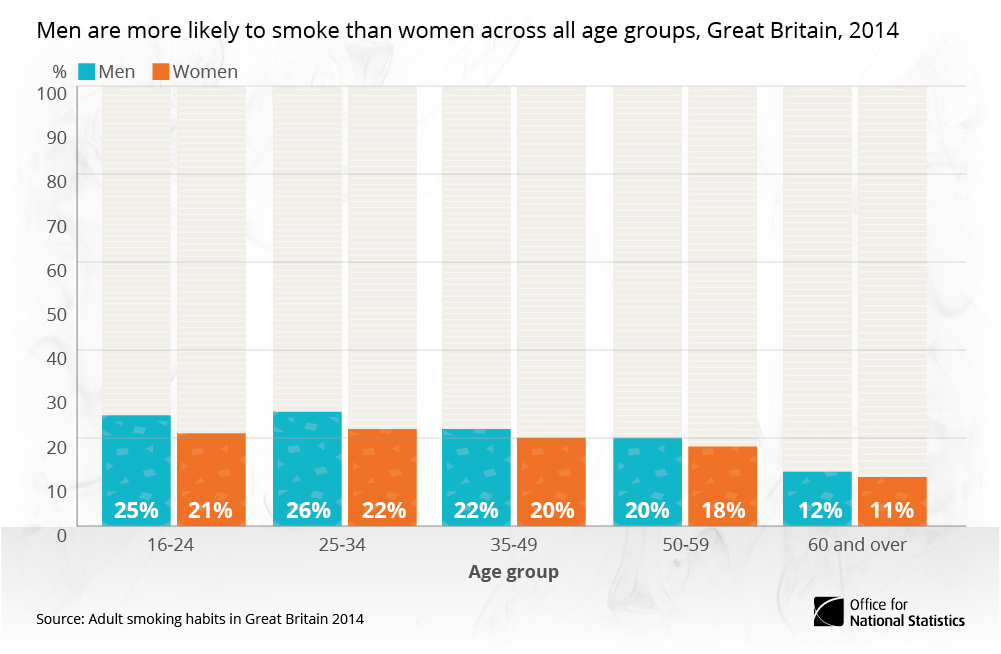 There has also been a drop in the number of cigarettes smoked daily. 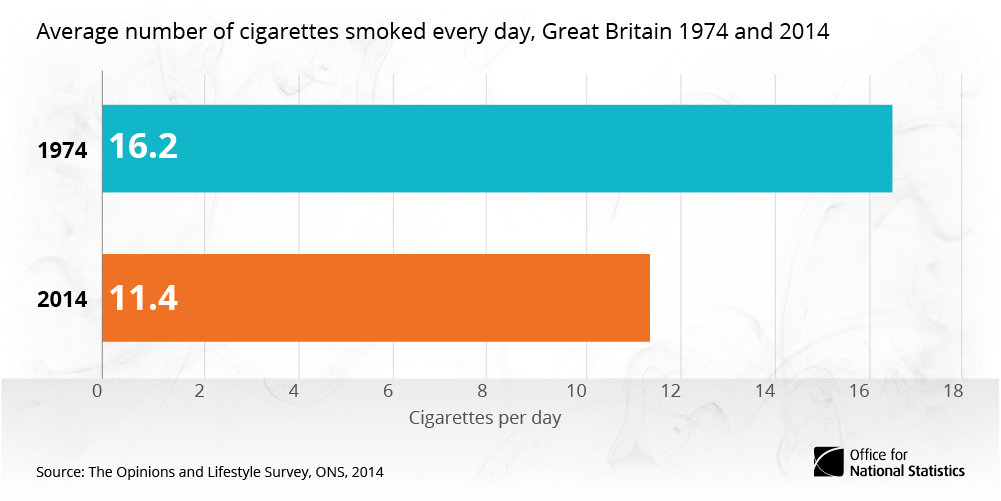 Smoking is the leading cause of preventable death in Great Britain, causing almost 80,000 deaths in England in 2013, according to Adult Smoking Habits in Great Britain 2014. Estimates from the Welsh Government put the annual death toll at 5,500, whereas the Scottish Government estimates 13,500. 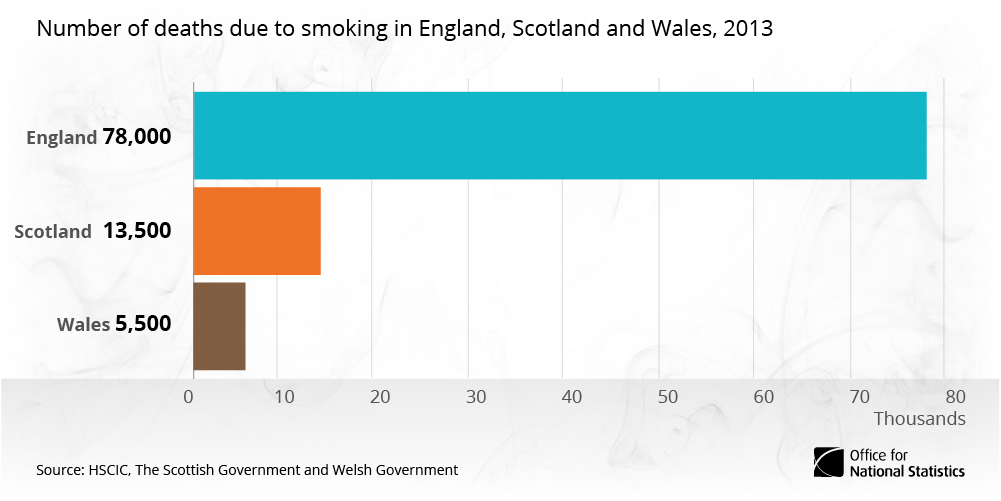 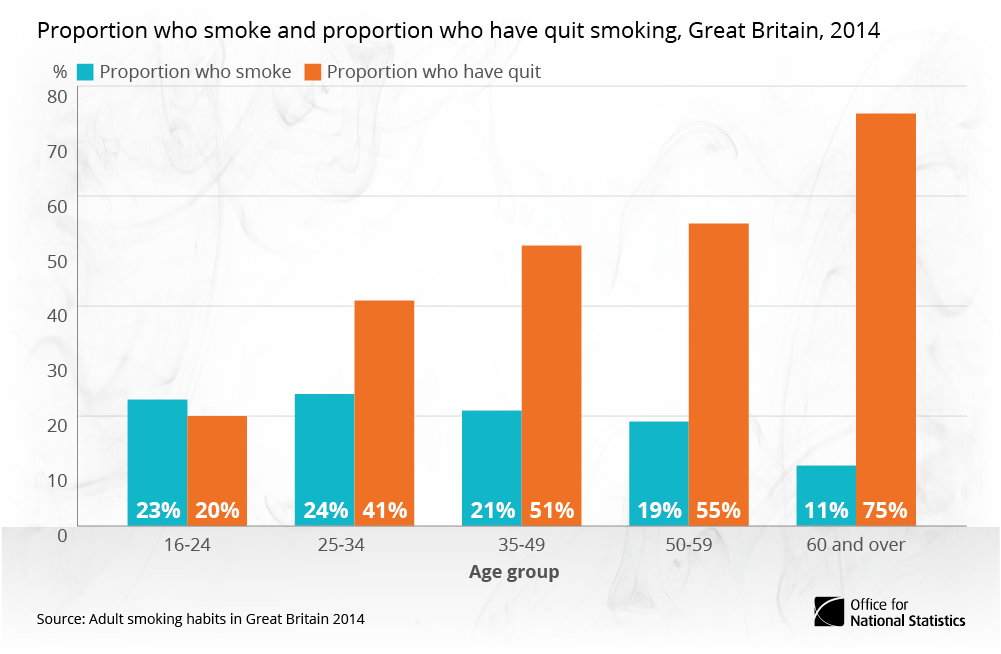