We’re living longer and we’re working for longer too. To mark the International Day of the Older Person (today), we have five facts which show the impact of those aged 65 and over on the UK workplace:

1. The proportion of those aged 65 and over who work has almost doubled since records were first collected 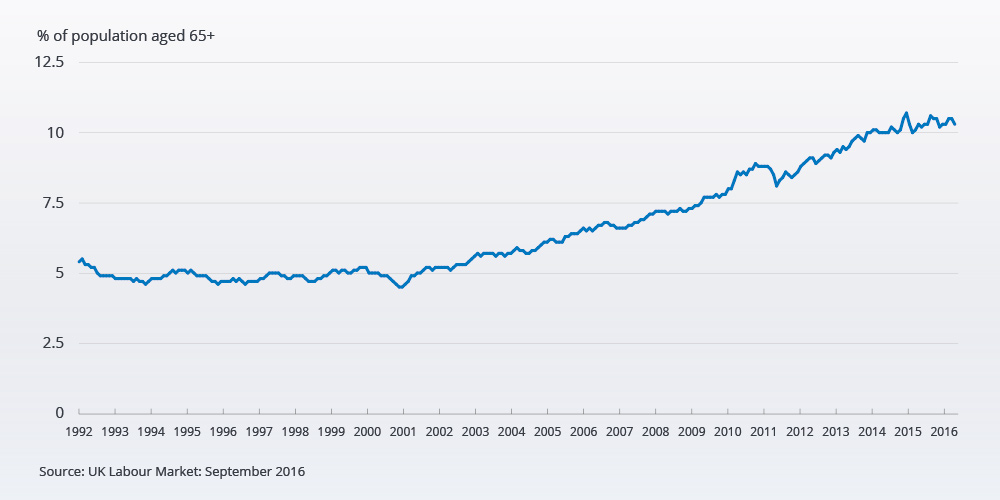 This compares with 301,000 men aged 65 and over in employment for March to May 1992 (when records first began) and 177,000 women during the same period, according to the Labour Force Survey.

A possible factor contributing to the rise in employment among people aged 65 and over could be legislation which stopped employers from compulsorily retiring workers once they reached 65. This came into force in October 2011. 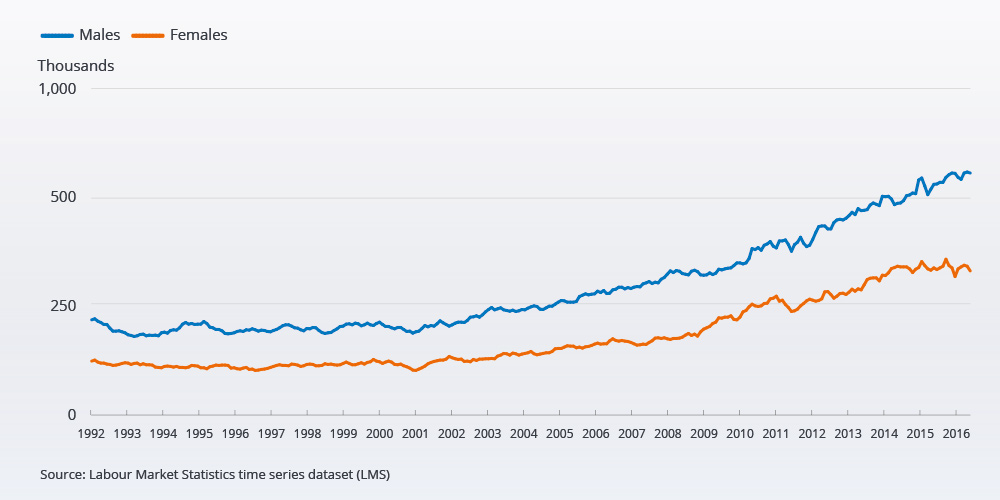 3. Part-time self-employed workers tend to be older than part-time employees

Age distribution of part-time employees and the part-time self-employed, 2001 and 2015 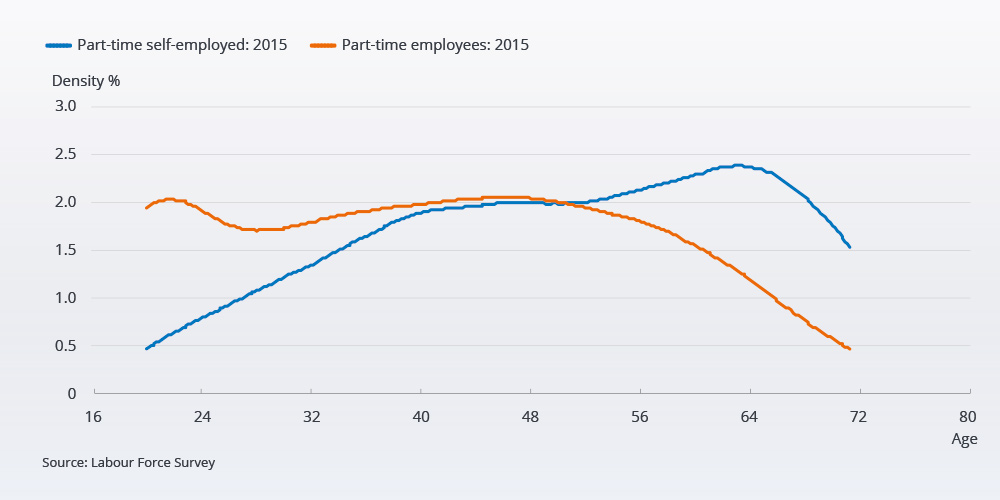 4. The economy may come to rely increasingly on older workers by 2039

This reflects the higher number of people who were born in the 1960s ‘baby boom’ reaching State Pension Age within the 25 year period to mid-2039.

The number of people of pensionable age for every thousand people of working age (the Old Age Dependency Ratio) was steady at around 300 from the 1980s to 2006, but rose in 2007-09 as women born in the post-World War II baby boom reached SPA.

The increase in the OADR means there will be fewer people of working age to support a larger population over SPA. 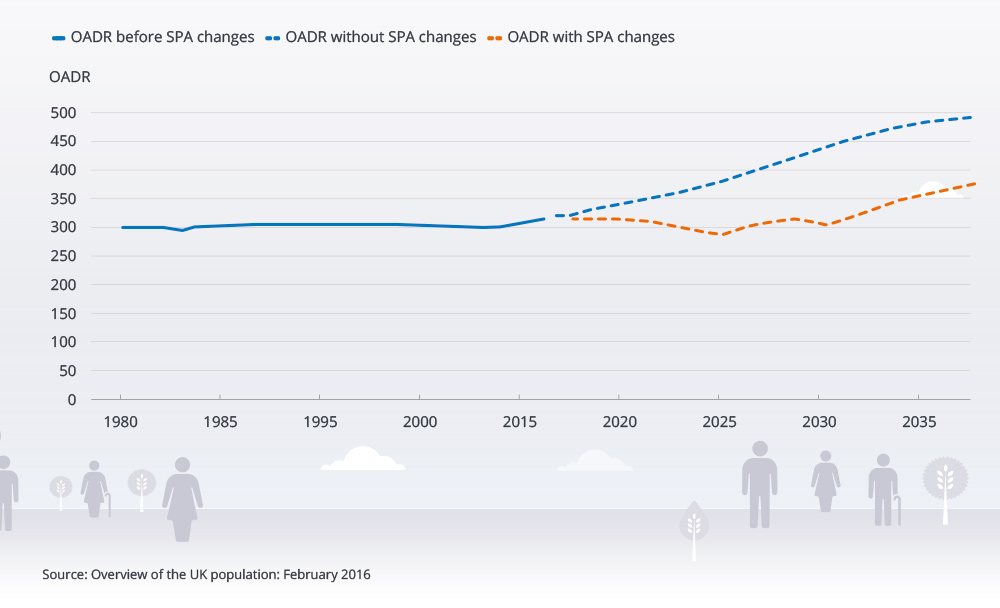 Six industries are responsible for just over 60% of the employment of both age groups. 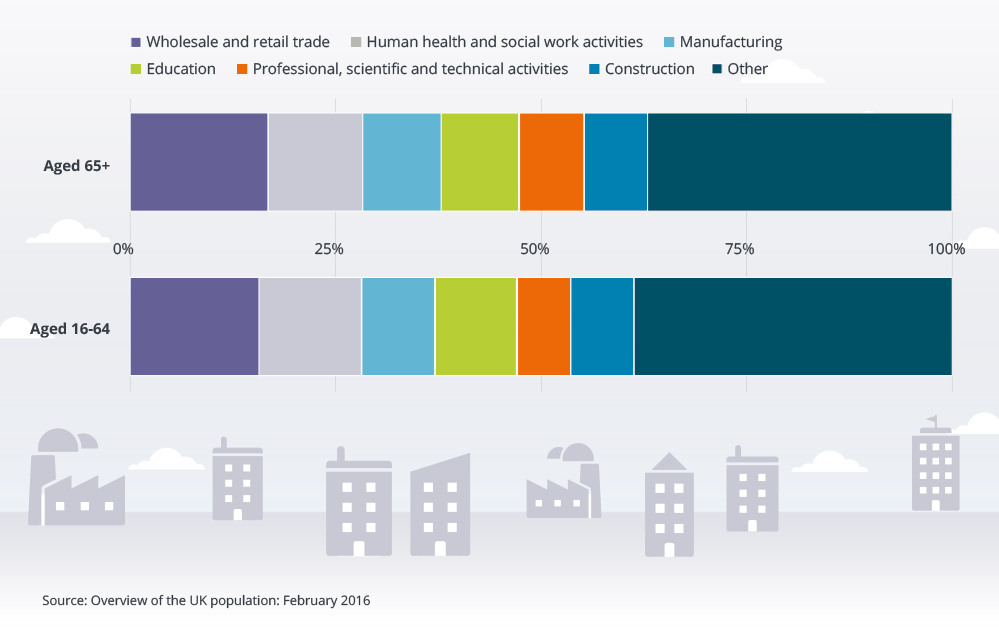 More in the 'Five facts about...' series: