“This is the highest CPI has been for over two years, though the annual rate remains below the Bank of England’s target and low by historical standards.

Rising airfares and food prices, along with petrol prices falling less than last December, all helped to push up the rate of inflation.

ONS introduced its new economic "theme days" in January, which will ensure that related economic statistics are released together.

This article updates previous analysis of the Producer Price Index (PPI) and Consumer Prices Index (CPI) and will be published each month alongside the statistical bulletins released on Prices theme day1. These currently are:

Notes for: Changes to publication schedule for economic statistics

Figure 1 shows that PPI input (left hand scale) and PPI output indices (right hand scale) move in broadly similar ways over time, although the movement in PPI input prices is considerably greater than for manufacturers’ output prices. Input PPI has increased by 15.8% between December 2015 and December 2016. This is mainly as a result of falling prices a year ago, as growth was relatively flat on the month. Output prices have risen by 2.7% between December 2015 and December 2016, the highest annual rate since March 2012.

Figure 1 also shows that consumer price inflation, measured by the CPI, has generally followed the direction of change in producer output and input prices. Periods of deflation in producer prices have coincided with periods of historically low consumer price inflation. Moving in the same direction as recent growth in producer input and output prices, the latest period shows CPI increased by 1.6% for the 12 months to December 2016, up from 1.2% in November 2016. 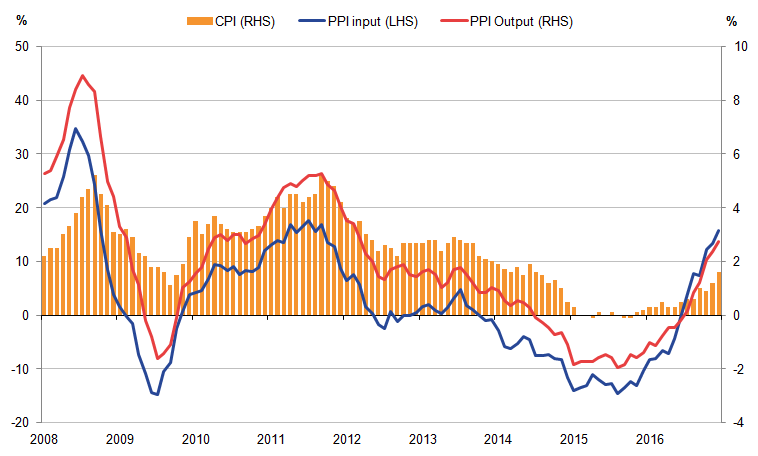 Figure 2 shows the input Producer Price Index (PPI) for selected products, plotted against the path of the inverted, effective sterling exchange rate between 2010 and 2016. 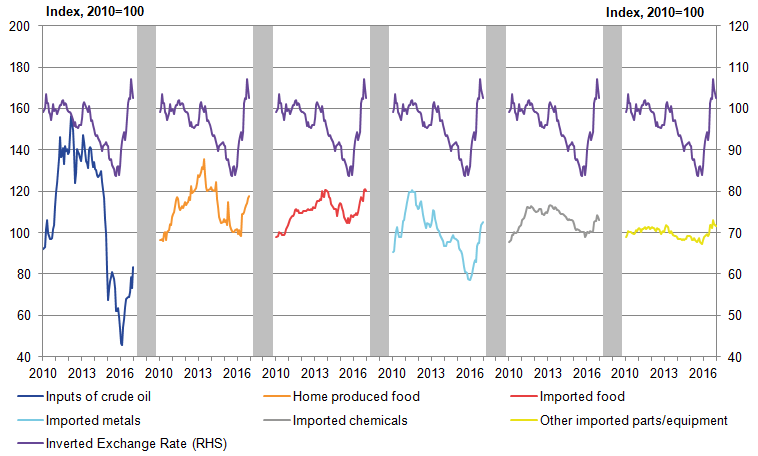 The price paths of the inputs used to produce commodity-based outputs such as oil and metal products appear to be more closely correlated to changes in the exchange rate than prices faced by the producers of other parts and equipment. Prices faced by crude oil manufacturers are also seen to be more volatile than the other indices and this can be attributed to both changes in the price of oil and also to movements in the exchange rate.

Previous analysis by ONS of the recent rise in dollar and sterling oil prices can help explain the upward pressure on the crude oil input PPI series. This series includes both imported and domestically produced inputs and is the largest single component of the overall input PPI index, with a weight of around 20%. Imported inputs make up around two-thirds of this aggregate series, and therefore the exchange rate is having a relatively strong influence on overall input PPI growth.

In contrast, the price paths of the inputs used in the manufacture of other parts and equipment such as motor vehicles are seen to be less correlated with movements in the sterling effective exchange rate compared with other input PPI series. The manufacture of these goods uses a wider range of intermediate inputs than needed for the production of more commodity-based outputs. Overseas pricing strategy, competition and supply chain relationships as well as the exchange rate will therefore have a range of effects on input prices for these products and may be reducing the correlation between these series and the effective sterling exchange rate.

As seen previously in Figure 2, input prices for both crude oil and imported food products have seen large increases in the last few months. This may be starting to feed into certain components of the CPI.

Figure 3 shows headline CPI growth, a selection of goods and services from CPI and the growth in the value of sterling (measured by the inverted effective exchange rate index). Twelve-month growth rates for energy prices – including electricity, gas, other household fuels and fuels and lubricants used in transport equipment (primarily petrol and diesel prices) – faced by consumers in particular have been positive in each of the last 3 months.

As shown in previous analysis by ONS, the recent increase in input prices for crude oil products has begun to feed into increased output producer prices for refined petroleum products. This has subsequently fed into higher consumer prices for fuels and lubricants, which makes up around half of the energy component shown in Figure 3.

Alongside the positive growth in energy prices in the last 3 months, food price deflation has moderated. This has led to a reduced negative contribution to headline CPI from food prices. As seen in Figure 2, the input producer prices for food have been increasing in the last few months, so this may now be feeding into food manufacturer output prices and consumer prices for food products. 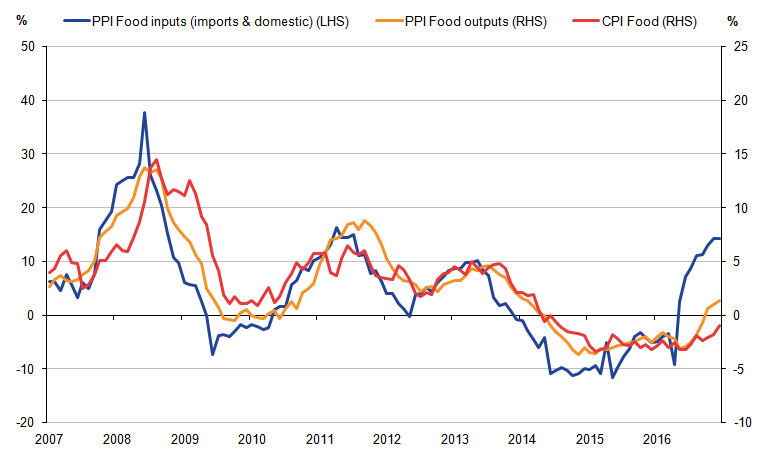 The food component in CPI includes both non-manufactured (for example, fresh fruit) and manufactured food (for example, ready meals). This means that the price of food faced by consumers could also be directly affected by the depreciation of sterling putting upward price pressure on imported non-manufactured food. However, it is also possible that annual falls in food prices may be slowing as the effects from previous years (such as supermarket price wars) may be lessening. The smaller negative contribution from food could therefore also be a base effect.

Changes in house prices are thought to partially determine movements in private rental prices, with rents required to generate a competitive yield against the purchase price of the property compared with other sources of income for landlords.

Figure 5 shows the 12-month growth rate of the House Price Index (HPI) on the left-hand scale and the Index of Private Housing Rental Prices (IPHRP) on the right-hand scale for England between January 2006 and October 2015. This is the latest comparable period that the data are available as the IPHRP data for December 2016 has been lagged by 14 months to October 20151. 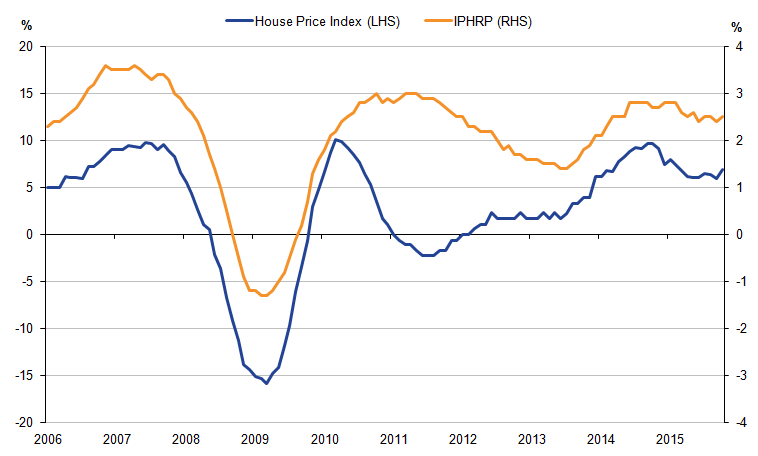 Adjusting for the 14-month lag, the movements in the IPHRP closely track movements in the HPI until a divergence occurs from March 2010 to early 2013. This divergence may reflect changing housing tenure patterns, with increases in the proportion of households renting properties. In turn, this might reflect credit constraints arising from limited mortgage availability or wider economic and social changes (Annex C – Improvements to the measurement of owner occupiers’ housing costs and private housing rental prices). The divergence began to reduce during 2012 and as the HPI began to rise in 2013 the positive association between the 2 series can be seen again.

Notes for: Rental prices are more stable and tend to lag changes in house prices across England