The House Price Statistics for Small Areas (HPSSAs) use data from the Land Registry (LR) to provide statistics on the price paid and composition of residential property transactions for properties that were sold in England and Wales. Properties sold at a discount to market level, such as properties sold under the Right to Buy scheme, are excluded from the data.

The entire series of data in the HPSSAs (back to year ending December 1995) is revised quarterly and these data supersede all previously published HPSSA data, to ensure that:

The smallest areas for which statistics are presented are middle layer super output areas (MSOAs), of which there are 7,201 in England and Wales, each containing around 3,000 households. These are referred to as neighbourhoods in this statistical bulletin. Statistics for neighbourhoods therefore provide a detailed geographic understanding of housing trends.

HPSSAs provide a different set of statistics to the UK House Price Index (UK HPI). The UK HPI is weighted to reflect the mix of properties sold in the previous year, which is broadly representative of the mix of properties in the overall dwelling stock. The HPSSAs are not mix-adjusted but use rolling years to better reflect the actual mix of property sold than is possible with a shorter period. This means that the UK HPI provides a measure of the changing value of properties in the housing market, whereas the HPSSAs measure the price paid for properties sold in a given period. Therefore the two sets of statistics provide different figures.

The HPSSAs report the non-adjusted average transactional values down to the small area level and are therefore particularly useful when identifying the change in price for properties actually sold in a given period and area. 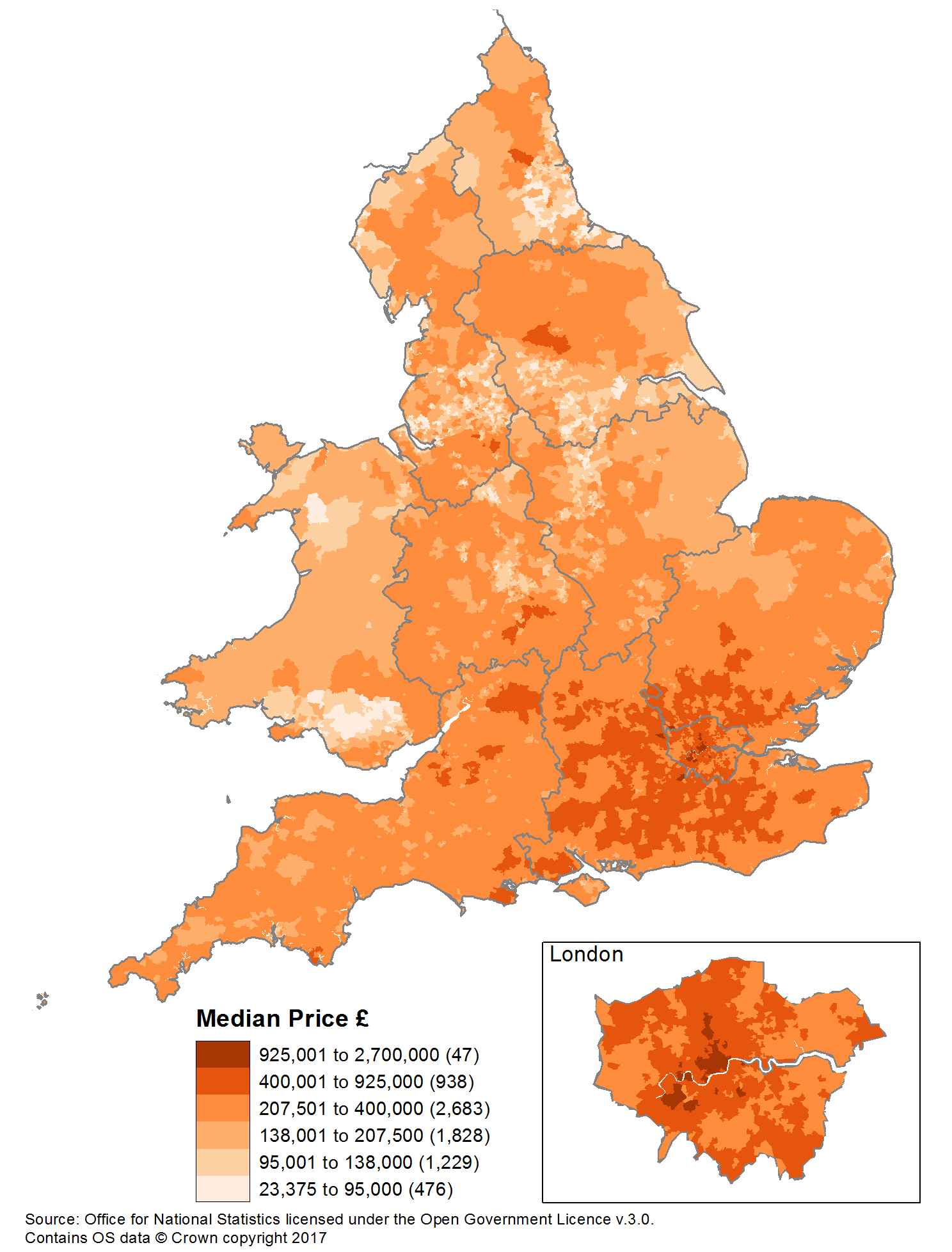 Figure 2: Median property price paid in the 10th and 90th percentile of neighbourhoods

Download this chart Figure 2: Median property price paid in the 10th and 90th percentile of neighbourhoods

The ratio between the 10th and 90th percentiles for price paid is shown in Figure 3. The chart shows that the ratio has been steadily increasing over the last decade, having fallen rapidly from its peak in 2002.

Figure 3: Ratio of median price paid for the 90th to the 10th percentile of neighbourhoods

Download this chart Figure 3: Ratio of median price paid for the 90th to the 10th percentile of neighbourhoods

Figure 4: Percentage of neighbourhoods in which median property price paid increased and decreased since the previous year

Download this chart Figure 4: Percentage of neighbourhoods in which median property price paid increased and decreased since the previous year

Figure 5: Percentage of neighbourhoods in which number of property sales increased and decreased since the previous year

Download this chart Figure 5: Percentage of neighbourhoods in which number of property sales increased and decreased since the previous year

In 2016, the neighbourhood (middle layer super output area) with the highest HMV was within Tower Hamlets, with a total of £563 million. This was almost four times the 2015 value of £150 million. In the same period, the median price paid in this neighbourhood increased by £48,000 to £488,763, while the number of property sales increased from 312 in 2015 to 1,086 in 2016. Of these, 890 were new flats. This area of Tower Hamlets covers the north bank of the River Thames from Blackwall to East India Docks, opposite the O2 Arena and has had a large amount of development in the last 5 years.

The neighbourhood with the lowest HMV in 2016 is within Birmingham, with a total of £984,000. This represents less than 0.2% of the value of the highest value neighbourhood, within Tower Hamlets.

Figure 6: Interquartile range of housing market value for all properties across neighbourhoods

Download this chart Figure 6: Interquartile range of housing market value for all properties across neighbourhoods

Download this chart Figure 7: Percentage of total housing market value and percentage of all property sales

The English regions and Wales have followed a similar trend of HMV to the national trend, with the exception of London. Figure 8 shows the HMV in London overtook its 2007 figure in 2014, with a total of £62.2 billion. Unlike the other regions and the national trend, London’s housing market value has fallen since its 2014 peak and in 2016 was almost £59.1 billion.

Figure 9 shows the number of sales as indices based on 2007. Sales pre-2008 remained consistent, not really affecting the increase in HMV. The recession of 2008 caused a similar drop in sales as happened with the HMV, both indices dropping to around 51%. The post recession recovery in HMV has been driven by rising prices rather than number of sales, as the sales index has not risen as high as the HMV. The fall in the HMV for London since 2014 can be attributed to a fall in sales, which in the same period fell from 118,433 to 100,877 in 2016.

Download this chart Figure 9: Indices of number of property transactions

More information about house prices can be found in the following publications:

Housing affordability in England and Wales

In the March 2017 release of House Price Statistics for Small Areas (HPSSAs), we published statistics for four new geographies (electoral wards, NUTS3, combined authorities and counties). We kept these datasets separate from the “regular” datasets containing the existing geographies, such as middle layer super output areas (MSOAs) and local authority districts. In this release we have incorporated the data for the four new geographies into the regular datasets.

The geographies included in the administrative datasets are:

MSOA level data will continue to be published in datasets 1 to 5.

The administrative datasets will be numbered 6 to 20.

The geographies included in the sub-national datasets are:

The sub-national datasets will be numbered 21 to 35.

Ward geography data will be released in its own datasets, numbered 36 to 40.

Details of the policy governing the release of new data are available in the UK Statistics Authority’s Code of Practice for Offical Statistics or from the Media Relations Office via email to media.relations@ons.gov.uk.