The gender pay gap - what is it and what affects it?

As Jane Austen (almost) said: it is a truth universally acknowledged that men (generally) get paid more than women.

But do they get paid more than women for doing the same work? That is harder to answer.

The data published today in the Annual Survey of Hours and Earnings (ASHE) will give us the most up-to-date information on the pay gap between men and women.

Reasons for the gap

The main factors explaining why women tend to earn less than men are:

Percentage of men and women who work part-time, UK, April to June 2016 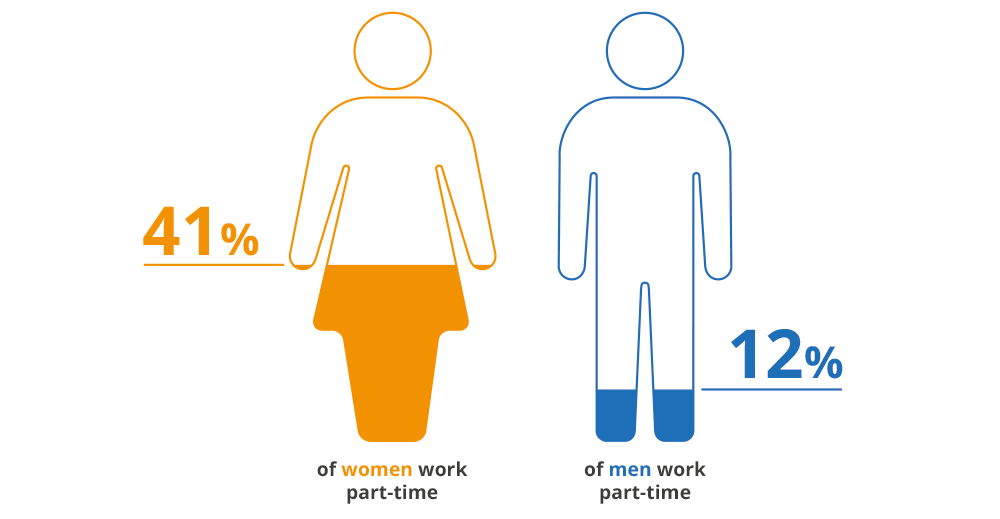 Part-time workers – both men and women – earn less, on average, per hour than their full-time counterparts.

A much higher proportion of women work part-time – 41%, compared with only 12% of men. This is why the gap for all employees – full-time and part-time together – is higher than for full-time employees

The chart below shows a higher proportion of women than men working in sectors such as administration and caring, which tend to be lower paid.

Having and caring for children

When looking at the differences in pay by age group for full-time employees, the gap is relatively small up to and including those aged 30 to 39.

From 40 upwards, the gap is much wider. This is likely to be connected to women taking time out of the labour market to have children.

Having children may also change what women want from a job. The American economist Claudia Goldin sees women pursuing “temporal flexibility” as “perhaps the most powerful explanation for the gender pay gap”. What this means is women are more likely to want the ability to work flexible hours, or to work at home, or to complete a project outside a tight schedule.

Breadwinners in their 20s – how are they doing compared with previous generations?

Does our sex affect what we die from?

How do the richest countries perform in the Paralympic Games?